FluidPRO is proud to be a one-stop-shop for fluid hauling, vac trucks and fluid pumping. Browse FluidPRO’s website for more information, and be sure to call with your project needs.

What began as one man’s dream to own his own business has grown, in just a few short years, to a fleet of 100 trucks and over 150 employees stationed in Grande Prairie, AB.

In 2010, FluidPRO owner Chad McFarland purchased his first truck and leased on with another company. In 2012, he branched out on his own, started the FluidPRO name and began expanding his fleet.

Companies that specialize in moving fluid for the oilfield aren’t a new sight around Grande Prairie, or across the province. But it’s FluidPRO’s atmosphere and commitment to excellence that makes them stand out above the competition.

“It’s our culture,” explained Wendy Vig, HR for FluidPRO, when asked what makes this company unique. “We have a fantastic team here. Even though we have grown so much, we still run like a family business.”

Treating their employees like family, and putting that family first and foremost, makes for happier employees and that translates into a better working relationship between the company and its clients. The company works well together and strives to be efficient and professional in all of its dealings.

In July 2017, the company took another leap forward and expanded its operations. The company is now run out of a 35,000-square-foot facility, with 13 bays, sitting on 10 acres of land.

“This expansion is also good for our employees,” said Wendy. “Now they have a better sense of where we’re headed.”

Going forward, growing even bigger is on the horizon for FluidPRO, branching out to different divisions of the Peace Country and setting up more locations.

There’s a reason the company is called FluidPRO, and that’s because they treat every customer like it’s their first and last job.

In this industry, it’s the quality of work that you do that defines who you are – more so than fancy websites, business cards or equipment. And this is where FluidPRO shines. Below are some examples from Chad McFarland, FluidPRO owner and President, about jobs where FluidPRO has come out on top, above the competition.

“We started out with one truck helping on a project for this company, and went to hauling 70 loads a day for them,” said Chad. “The previous company had let them down, and we were able to step in when they failed.”

“It took us a long time to get in with this company, doing wireline pump downs with our twin pumpers,” said Chad. “The company gave us a shot, and we did a great job. We only had the one truck on the job, but we had minimal downtime, and now we’re the first call for this company for that particular service.” 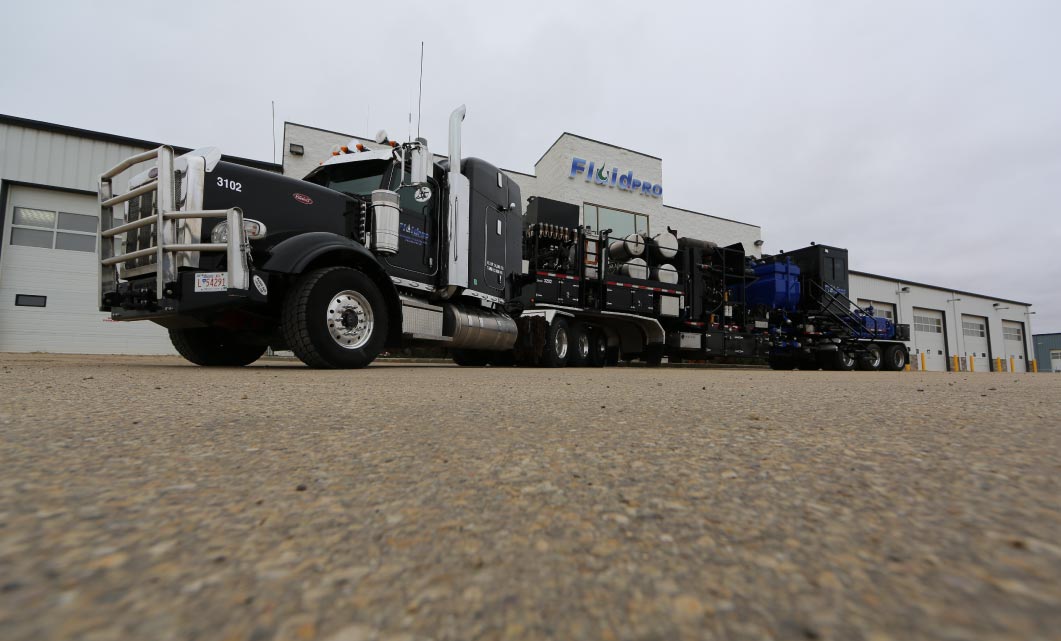 “We were working as a production hauler for this company, and the customer decided to go with a competitor company because they were cheaper,” Chad explained. “After a month or two, our truck was back in the mix again. And a week or two after that, they came back to us to continue the work. It says a lot that our customers are willing to pay more for our exemplary service, because they know it’s worth the money.”

The quality of the equipment and the attitude of the employees are just two benchmarks that set FluidPRO apart from everyone else. The proof is here, when time and time again companies choose FluidPRO over the competition.